The Unesco-listed Historical Park is in the ancient city of Sukhothai - Dawn of Happiness, which became the first capital of Thailand (Siam) when the mighty Khmer empire slipped into decline during the mid-thirteen century. The Kings of Sukhothai ruled supreme in Thailand for around 120 years before Royal power shifted south to Ayutthaya. You will be amazed by the sheer size of this beautifully laid out 11,000-acre park, with its well-tended lawns, flowerbeds, lakes, towering trees and even a few small villages in the different zones. The park is worth a visit in its own right, even before you even consider the 91 historical sites, containing 193 monuments and temples, built in classical Thai styles. Many of the delicate and intricate carvings have been lovingly restored by the Thai Fine Arts Department who first commenced their work back in the 1950s. There are at least 12 sites that are rated amongst the finest in South East Asia; and although it would take you much more than a day to explore all 91 sites by bicycle, you can certainly see many of the most significant sites in a single day. The park has three zones - central, north and west, and each zone has its own entrance fees, (see below). Many visitors only visit the central zone, but if you have a bicycle, you should be able to get around the central and northern zones in about six hours. There is also a guided tour by small electric buses that look like trams, starting from the entrance of the park for 40B. The main highlight of the central zone is Wat Mahathat (Temple of the Great Relic). This Wat, arguably the most important royal temple and the spiritual centre of ancient Sukhothai, was built in 1345 to enshrine relics of the Buddha. It is surrounded by smaller stupas in eight directions, and the base has 168-stuccoed sculptures of Buddhist disciples walking with their hands clasped. On either side of the main stupa there are two 12-metre-tall standing Buddha images. The top of the chedi has been designed to represent a lotus bud. Some of this temple predates the Sukhothai period by as much as 700 years and contains Khmer prangs as well as Sri Lankan-style bell-shaped chedis. Near to this temple are a number of interesting sites to explore, including Wat Si Sawai and Wat Sa Si. The ponds and well-groomed hedges and towering trees with their twisting branches make this central area a joy to behold and you will probably go overboard with non-stop camera shots. Close to the east gate is the Ramkhamhaeng National Museum, which has an entrance fee of 150B and is open 9:00am - 4:00pm. If you are interested in the history of this period, this museum is well worth a visit, as it tells the story of the park and helps to put the ruins into historical perspective. For those with bicycles, after visiting all the central zone sites that you want to see, cross over into the northern zone which has two major sites close to each other. These are Wat Si Chum, which contains a giant seated Buddha with fingers as tall as a man, and Wat Phra Phai Luang,second only in size to Wat Mahathat and dates back to the Khmer period. You will have to pay to see these two temples, but one ticket covers the two. There are also many free sites such as Wat Sorasak andWat Son Khao, but most are not particularly interesting. You can buy cold drinks and souvenirs in front of Wat Si Chum. Those staying for more than one day will have enough time to visit the western zone, which is 4km from the central zone. The main attraction here is Wat Saphan Hin, (Temple of the Stone Bridge), which has a 300-metre walkway leading up to a large, 12.5 metre standing Buddha Image, which is in excellent condition. It is said the King Ramkhamhaeng joined the pilgrims to made this climb once a year on the back of a white elephant. It is quite a climb and not for the physically challenged, but if you do make it, the view from the top is quite inspirational. After this, you can stroll through the mediation monasteries,which are set amongst the high wooded hills behind the temple. Entry: Each Zone is 150B. Bicycle / motorbike / car, an extra 10B/30B/50B Open: Central Zone: Daily 6:30am - 7:00pm (Sat 6:30am - 9:00pm) Northern Zone: Daily 7:30am - 5:30pm Address: Charotwithithong Road, along the Sukhothai - Take route (Highway No. 12). Tel: +66 55697527 Getting Here: The Historical Park located is 12 Km west of the New Town provincial city on Route 12. From the bus terminal or from New Town centre, you can hire tuk-tuks for a round trip to the Historical park for 300B, for a 2-3 hour visit. A day trip will cost about 600B Songtaews: The purple coloured ones run from New Town to the entrance of the historical park for 20B. Air-conditioned buses depart from Bangkok's Northern Bus Terminal (Mo Chit 2) daily between 9:45am and 10:20pm and take you to New Town bus terminal. Buses also serve the city from all nearby provincial capitals, including Chiang Mai. 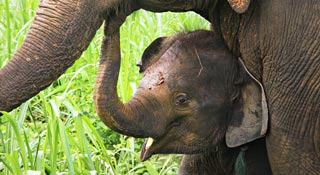